In many parts of North America, pumpkins are considered a sign of fall. During this time of the year, they can be found everywhere you look — from grocery and retail store displays to front porches and walkways. However, by the end of the season, most pumpkins are rotting at the bottom of a trash bin. Before throwing away this spooky fruit, we suggest using it to perform a simple DNA extraction experiment. 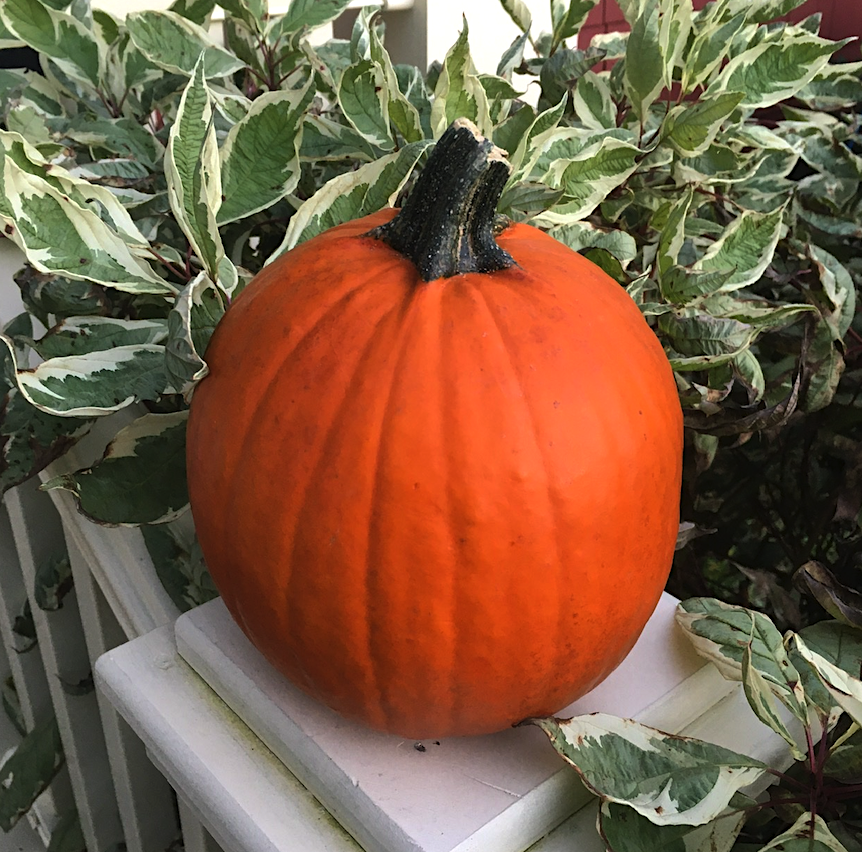 In today’s blog post, follow along as we discuss how to recover DNA from a pumpkin using materials found around the house. In addition, we’ll go over a recent breakthrough in DNA extraction research involving three mammoths’ molars.

The Blueprint of Life

All living organisms have deoxyribonucleic acid (DNA) stored inside their cells’ nuclei. The way in which an organism functions and survives is dependent on its DNA. Scientists extract and study this complex molecule for a variety of reasons, such as to develop new medicine, genetically modify crops, and identify crime suspects. 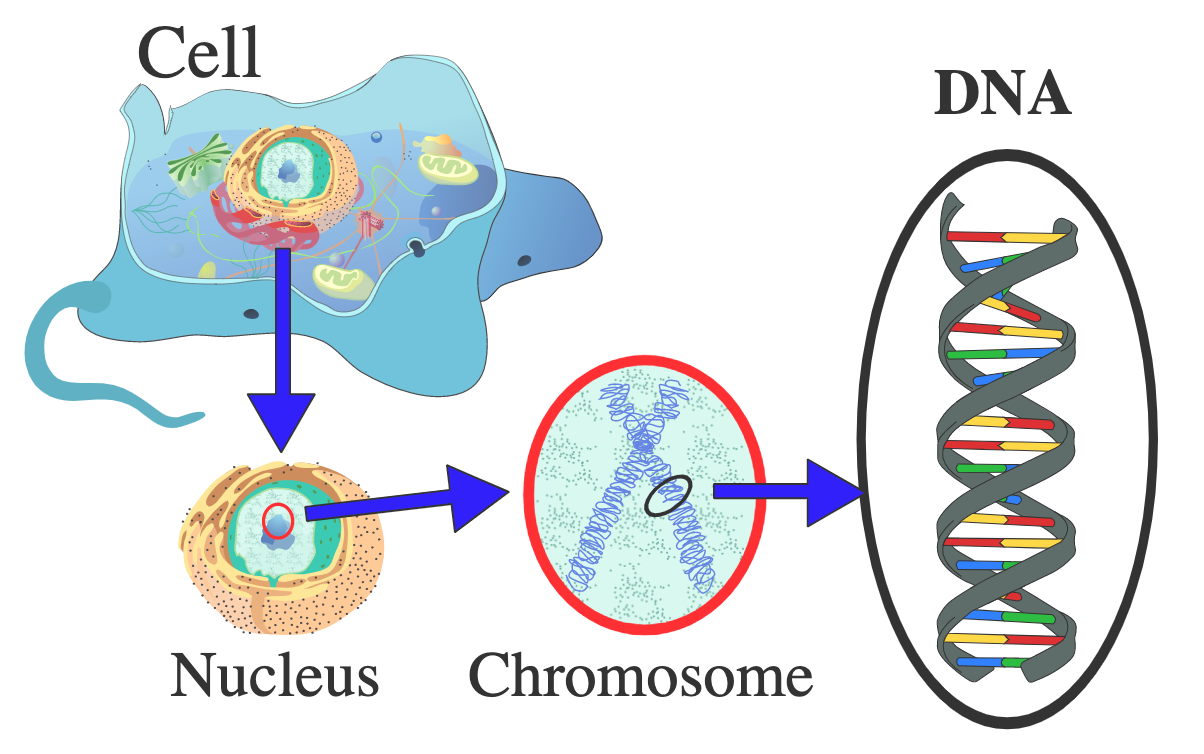 The very first DNA isolation was an unintentional discovery. In the 1860s, Swiss physician Friedrich Miescher added acid to a solution of white blood cells and salt. After doing so, he noticed an unknown substance separate out. Unbeknown to Miescher, this substance, which he called “nuclein,” was actually the blueprint of life: DNA.

Today, scientists can use a variety of different DNA extraction kits available on the market to isolate DNA from a cell. Using easily accessible materials, you can extract DNA from the comfort of your own home…

Extracting DNA from a Pumpkin

When performing an at-home DNA extraction experiment, many people opt to use strawberries because they have an abundance of DNA per cell; therefore, they yield the best results. However, in honor of the fall season, we opted to perform the experiment on a pumpkin.

See the experiment in action below, and then learn more about how it works.

​
As shown in the video, the experiment calls for the following materials:

In the first step, we blended together pumpkin pieces with 240 ml (1 cup) of water, 60 ml (1/4 cup) of dish soap, and 14 gm (1 tbsp) of salt. When mixed together, the water, salt, and dish soap form a lysis solution, which broke open the pumpkin’s cells and released its DNA molecules into the solution.

Next, we placed a cheesecloth on top of the glass cup and secured it with a rubber band. Then, we poured the soapy pumpkin mixture onto the cheesecloth. A liquid that resembled orange juice slowly filtered into the glass. This step helped ensure that no excess pumpkin chunks were left in the solution.

For the final step, we added an equal amount of isopropyl alcohol on top of the filtered solution. After doing so, three layers formed in the glass:

Since DNA is not soluble in rubbing alcohol, it precipitated out into the solution. In addition, it also started to rise in the glass because the pumpkin’s DNA molecules are less dense than the solution surrounding it. The colder the isopropyl alcohol is, the faster the DNA will precipitate out. Therefore, we recommend keeping it in the refrigerator or freezer prior to starting the experiment. Note: We added blue food coloring to the isopropyl alcohol, which helped us easily see the separation occur.

Although most DNA analyses would require specialized lab equipment, you can still extract the pumpkin DNA with a pointed object such as a chopstick and preserve (and observe) it in a cup of isopropyl alcohol.

The researchers shared their discovery in a paper published in Nature. Prior to their finding, the oldest known DNA was found in a 700,000-year-old horse bone. 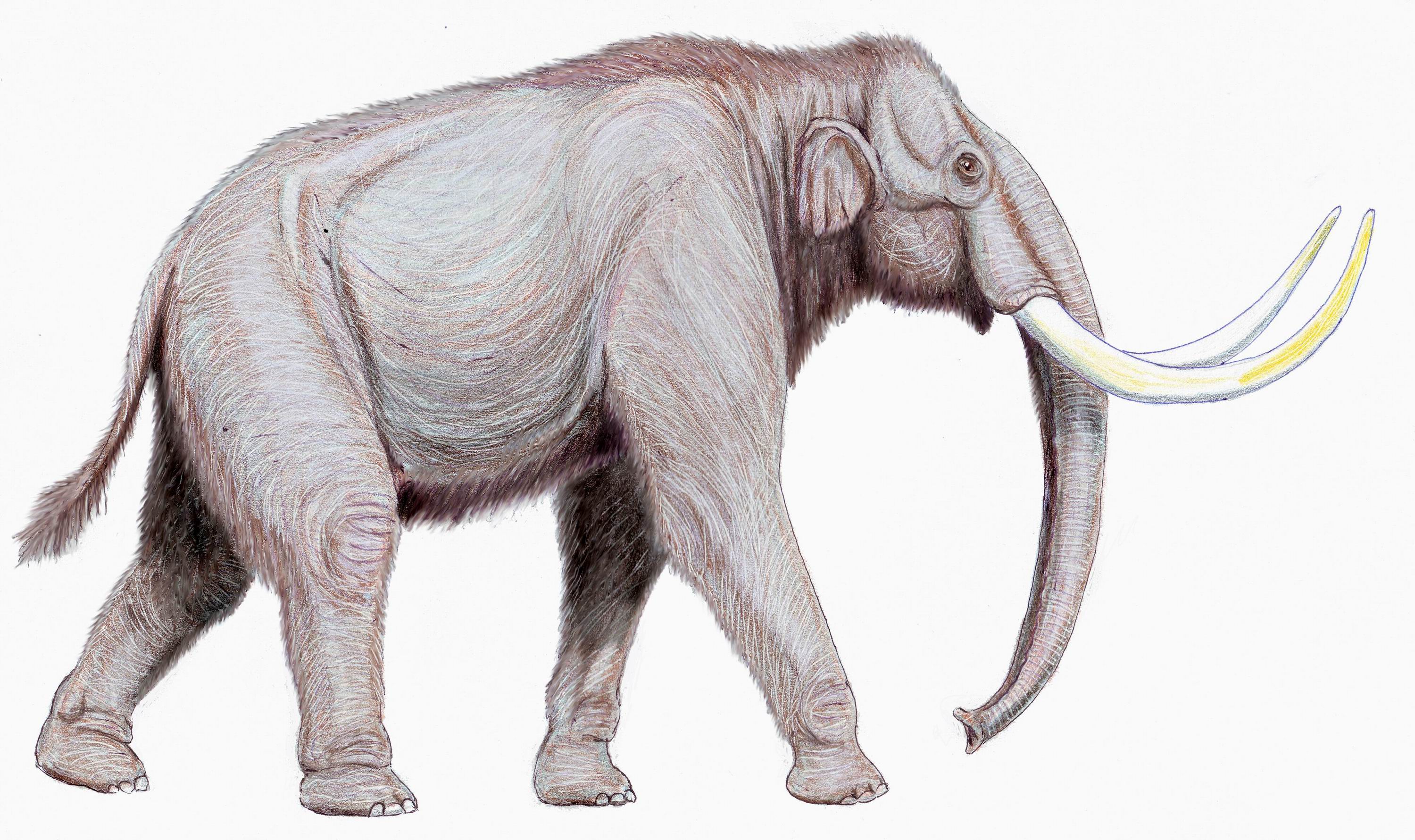 An illustration of a steppe mammoth. Image by Dmitry Bogdanov. Image licensed under GNU Free Documentation License, via Wikimedia Commons.

After studying the DNA, the team made some groundbreaking discoveries about the evolution of mammoths. They learned that the oldest specimen under study came from an unknown lineage of mammoths, which they dubbed the Krestovka lineage (the name is based on where the remains were found). They believe this lineage helped give rise to the Columbian mammoth, a well-known species of mammoth that lived during the last Ice Age.

The team’s studies also gave new insight into how and when mammoths adapted to cold habitats. According to their work, gene variants associated with life in cold climates, such as hair growth, thermoregulation, fat deposits, cold tolerance, and circadian rhythms, were present in mammoths who lived long before the iconic woolly mammoth. These results highlight that most adaptions in the mammoth lineage were gradual processes.

In addition to showcasing new insight into mammoth evolution, this work highlights the feasibility of extracting and studying million-year-old DNA, a task once thought to be impossible. This leaves us with the question: How far back in time can we go?

Here, we discussed how to recover DNA from an autumnal fruit using a simple experiment, as well as how scientists are making great advancements within the field of DNA extraction.

Want to learn more about DNA? Check out these resources: